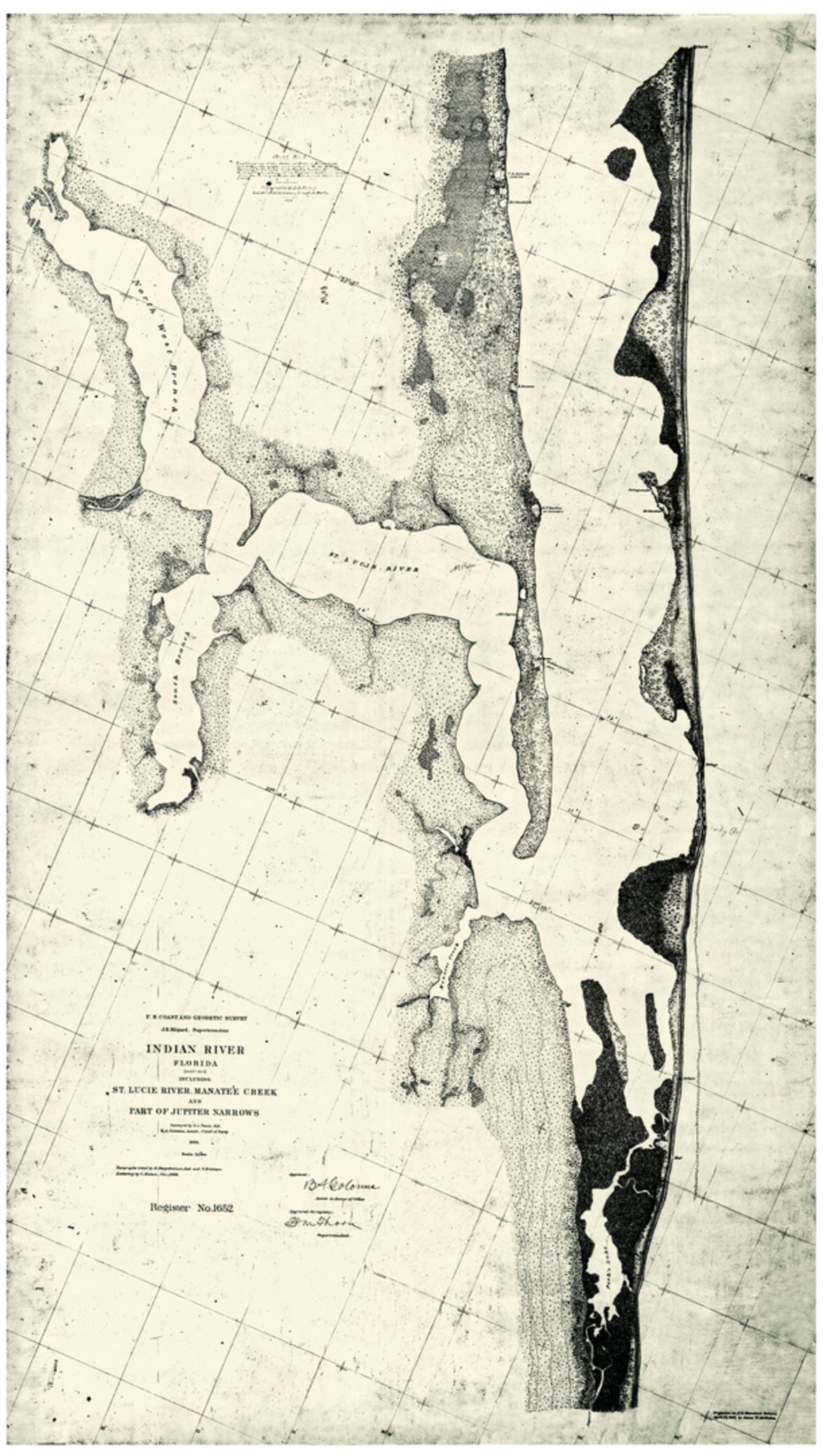 ​​This is a transcription of the original handwritten report. Chappy Young, of GYC Incorporated Professional Surveyors & Mappers ,shared with me.  It brought life to Sheet No. 1652 that has been hanging on my office wall for over 25 years. ST.

House of Refuge No. 2 was the best dwelling within the limits of the sheet and Doctor Baker; was the only place that look[ed] like a home. The Rattle Snake and the largest I have ever seen being from 6 to 7 feet long but they are not very numerous, Alligators are no longer numerous and they have learned to be very shy. Raccoons and opossums are so thick that it is difficult to raise domestic fowls. The wild cats from about 4 ft. 6 ins. from tip to tip when extended, Black Bears come to the beach every year from about the 1st of June and comb it for turtle eggs. When they arrive they are nice and fat and are very good eating but after running (?) up and down the beach so much they get very thin. We were told that a bear could be seen almost any night and once we went over and got one but the mosquitoes were so bad that we did not try it again.

The prettiest land on this sheet is the peninsula laying between the St. Lucie River and the Indian River from Mt. Pleasant South to the point. It is high hammock land, with coquina, foundation and covered by a heavy growth of hard wood and underbrush with now and then a pine. This country had quite a population in it once, just before the Seminole outbreak, and for a time after it, the settlers had oranges, lemons and limes, some of the old trees are still to be found in the vicinity of Eden P. O. and the limes are very fine but the oranges are bitter and the lemons not bearing.